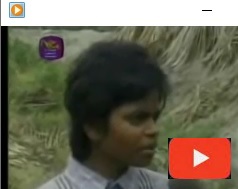 Description: Founded in 1976 and designated as a Foreign Terrorist Organization on October 8, 1997, the Liberation Tigers of Tamil Eelam (LTTE) is a Tamil secessionist group in Sri Lanka. Despite its military defeat at the hands of the Sri Lankan government in 2009, the LTTE’s international network of sympathizers and financial support has persisted.

Activities: Although the LTTE has been largely inactive since its military defeat in 2009, in the past it was responsible for an integrated battlefield insurgent strategy that targeted key installations and senior Sri Lankan political and military leaders. In early 2009, Sri Lankan forces recaptured the LTTE’s key strongholds, including their capital of Kilinochchi. In May 2009, government forces defeated the last LTTE fighting forces, killed LTTE leader Velupillai Prabhakaran and other members of the LTTE leadership and military command, and declared military victory.

There have been no known attacks in Sri Lanka that could verifiably be attributed to the LTTE since the end of the war in 2009, but a total of 13 LTTE supporters, several of whom had allegedly planned attacks against U.S. and Israeli diplomatic facilities in India, were arrested in Malaysia in 2014.

Additional LTTE members were arrested in Malaysia and India in 2015, one of whom was accused of exhorting other Sri Lankans to fund and revive the LTTE.

Funding and External Aid: LTTE’s financial network of support continued after the LTTE’s military defeat in 2009; the group used its international contacts and the large Tamil diaspora in North America, Europe, and Asia to procure weapons, communications, funds, and other needed supplies. The group employed charities as fronts to collect and divert funds for its activities.
—————————————————————————————————————————————————

The LTTE is also intensifying the recruitment of child soldiers into its ranks as it comes under attack from government forces, Unicef, the UN agency for children, said on Tuesday.

The Tigers, who are fighting for an independent state in Sri Lanka for ethnic Tamils, have always denied forcing children to fight for them. Read More

Tamil Tiger rebels massacred hundreds of civilians — including 200 people from one village — as they tried to flee the war zone in northern Sri Lanka, a former rebel official said in an interview broadcast Wednesday. Read More

Trapped and Mistreated
Tamil LTTE Abuses against Civilians in the Vanni

This report addresses abuses committed by the LTTE against civilians during the current fighting in the Vanni. Given the sharp limitations on access to the Vanni imposed by the LTTE and the government, we do not suggest that this is a full picture of the situation there. Read More

Two LTTE top leaders who gave themselves up to the Sri Lankan army, have said that the Tamil Tigers used civilians as “hostages” never allowing them to flee war zone and resorted to “mass killings” if they failed to heed.  Read More

Agents of the Tamil Tigers are using threats and other intimidation tactics to extort money from Sri Lankans living in Canada, according to a new report by Human Rights Watch.

Even an official that works for a group that looks into human rights violations against Sri Lankans said he’s been a victim of extortion. Read More

As Sri Lankan Tamils established themselves in Canada, the United Kingdom (U.K.) and other Western countries, the Tamil community became a significant source of financial and political support for the LTTE in its struggle to establish an independent state, “Tamil Eelam,” for the Tamil minority in Sri Lanka’s North and East. Read More