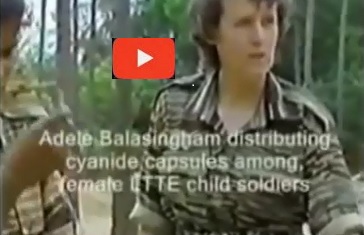 September 13, 2022
UNHRC RESOLUTIONS WITHOUT A RESOLUTION
September is the month when the UN Human Rights Council presents its latest Resolution on Sri Lanka. It is reported that the latest version has graduated from violations of human rights and international humanitarian law to include violations of “economic crimes”. Whatever the scope of the Resolution, the dogged fact remains that every sovereign country is compelled to function within the provisions of its own Constitution, because it is the fundamental law as recognized by the Vienna Convention; a fact unequivocally stated by the President and Foreign Minister of this Government, and repeated earlier by previous governments. This fundamental fact was the rationale for rejecting the former co-sponsored Resolution UNHRC 30/1. Therefore, if the UNHRC is serious about its Resolutions, it has to start with Sri Lanka’s Constitution. Incorporating provisions in Resolutions beyond the provisions of the Constitution become a meaningless and distracting exercise for all concerned, without Resolution.
Read more

September 12, 2022
Statement by the Minister of Foreign Affairs of Sri Lanka at the 51 Regular Session of the United Nations Human Rights Council in Geneva Read full statement here (pdf)

September 09, 2022
Response of the Government of Sri Lanka (GoSL) to the comprehensive report of the UN High Commissioner for Human Rights pursuant to HRC Resolution 46/1 Read full report here (pdf)

February 16, 2022
A review of testimony by Ms. Ambika Satkunanathan on the Human Rights Situation in Sri Lanka before the European Parliament Subcommittee on Human Rights   (pdf)

Janury 15, 2022
A decision against the European Political Subdivision of the Liberation Tigers of Tamil Eelam (LTTE) by the Council of the European Union

May 16, 2021
Webinar on Canada Focus:  Economic recovery from COVID-19 or Alleged Tamil Genocide, Bill 104 and Monuments?
Critical analysis of Alleged Tamil genocide and the asylum fraud

May 10, 2021
Submission of Notice of Constitutional Question to Superior Court of Justice to verify constitutional validity of Bill 104, Tamil Genocide Education Week Act, 2021.

April 25, 2021
Submission to City Clerk, the City of Markham Regarding Proposed Resolution Tamil Genocide Monument in the public property

January 18, 2021
A Letter Submitted to 46th UNHRC,  47 member states regarding accountability and Reconciliation on Sri Lanka

January 08, 2021
Report submitted to the UK Government – Minister of State for South Asia and the Commonwealth and Secretary of State for Foreign, Commonwealth and Development Affairs regarding International Independent Investigation Mechanism (IIIM) intend to propose at 46th UNHRC Session, Geneva, Switzerland.

November 15, 2020, at 11:00 AM EST
Webinar on De-proscription of LTTE Tamil Terrorist Group: The consequences for the Indian subcontinent and its geopolitical stability
Speakers’ Bio and Abstract

Submission against the proposed alleged Tamil Genocide into the Ontario Curriculum
Report submitted to the Ministry of Education, Ontario

Background to Bill 104 proposing an Education week about an alleged Genocide of Tamils in Sri Lanka.
Report submitted to the Committee on Regulations and Private Bills, Legislative Assembly of Ontario.

Order – Gambia v. Myanmar
Request for the Indication of Provisional Measures
Application of The Convention on the Prevention and Punishment of the Crime of Genocide
Order from International Court of Justice, Hague.

How Canadian Legislators Reacted to Two “Genocides” Claims and Canada’s Claimed Support for Conflict prevention in Sri Lanka
Dr. Chandre Dharmawardana, Ph.D.
Université de Montreal, and the National Research Council of Canada.
OIDA International Journal of Sustainable Development, Volume 12, Issue 06, Pg. 11-18, 2019.
Abstract
In this study, we attempt to make a brief comparative study of the reaction of Canadian legislators to two claims of genocide that have been placed in front of them, namely, (a) the genocide of Canada’s indigenous people, and (b) the genocide claimed by a diaspora group of Tamils residing largely in Ontario that they faced genocide in their own country of Sri Lanka. Diaspora aspects and Tamil claims will be treated more fully as the facts are less familiar to Western readers.
Keywords: Genocide, indigenous people, Sri Lanka Tamils, Diaspora
Full Paper Download pdf

The remit of conflict-framing for conflict-resolution and peacebuilding: a selected comparison of cases in Nigeria, Rwanda, Sri Lanka and Myanmar
Christopher Isike, Ph.D.
University of Pretoria, South Africa.
OIDA International Journal of Sustainable Development, Volume 12, Issue 06, Pg. 19-26, 2019.
Abstract:
This paper examines the implications of framing a conflict for the peacebuilding process given the often divergent perspectives the conflicting parties have of the conflict. In this context, the paper focuses on the framing of armed conflicts in Nigeria, Rwanda, Sri Lanka and Myanmar as civil war or genocide and the implication of these framings for conflict resolution, reconciliation and peacebuilding. It mainly discusses what is framed as the “civil war” in Nigeria and “genocide” in Rwanda and uses both to examine armed conflicts in both Sri Lanka and Myanmar. The main argument made is that conflict-framing does have implications for how conflict plays out, its resolution and the post-conflict reconciliation phase, and as such framing an armed conflict as genocide is useful if it is aimed at informing reconciliation not shaming and blaming. Therefore, the need to frame the conflict should not overshadow reconciliation, as findings way to resolve the differences between the warring parties is very important to instituting peace within the society. The paper thus concludes that the aim of framing and understanding the dynamics of a conflict should be geared towards instituting adequate reconciliation that will bring about lasting peace.
Keywords: Framing Conflict, reconciliation, genocide
Full paper Download pdf

The Ongoing Genocidal Crisis of the Rohingya Minority in Myanmar
John P. J. Dussich
California State University, Fresno, California, USA.
Journal of Victimology and Victim Justice 1(1) 4–24.
Abstract: The serious plight of the Rohingya ethnic group’s extreme victimization in Myanmar has finally emerged on the international stage. They are mostly a stateless Muslim minority from the state of Rakhine which, over recent decades, have been abused by severe and repeated multiple human rights violations. There are now approximately 850,000 displaced Rohingya refugees mostly in
Bangladesh and surrounding countries with thousands more waiting in peril between Myanmar and Bangladesh. The saga of the Rohingya dilemma has been fraught with complex ethno-religious conflicts between Buddhist, Muslim and Hindu factions exacerbated by the scale of people involved, rapidity of events, recency of occurrences, abject poverty, racial hatred, linguistic differences, confused ancestral rights, severe humanitarian violations, genocidal policies, surrounded by nations themselves struggling with few resources. The present-day conflicted leadership in Myanmar between the military and the democratically elected leader of her government, Aung San Suu Kyi, has been severely criticized for their brutal continued ethnic cleansing.
Keywords Rohingya, Myanmar, Bangladesh, ethnic cleansing, genocide, Muslim, Buddhist, human rights, refugees, Aung San Suu Kyi
Download pdf

Straining to Prevent the Rohingya Genocide: A Sociology of Law Perspective.
Katherine Southwick
National University of Singapore.
Justice and the Prevention of Genocide, 12(3), pg 117-142.
Abstract
This paper analyzes the generally muted international response to the protracted plight of the Rohingya, a persecuted Muslim minority in Myanmar, from a sociology of law perspective. In recent years, some human rights experts and scholars have suggested that the legal terms “crimes against humanity” and “genocide” are applicable to the situation of this minority group. Under international law and practice, such claims implicate obligations to act on the part of the government of Myanmar and the international community. Yet international action on mitigating the risk of crimes against humanity and genocide has arguably been limited.

To help explain this limited international response, this paper draws from and adapts the now-classic sociological framework developed by Felstiner, Abel, and Sarat on the emergence and transformation of legal disputes. Following a background section on the Rohingya crisis and relevant international legal frameworks, this paper examines some of the factors that frustrate the processes of naming crimes, blaming perpetrators, and claiming rights and protection for the Rohingya minority in the international context. Work by Bumiller and Edelman concerning models of legal protection, legal ambiguity, and the mediating effects of symbolic structures of compliance augment the analysis. Ambiguity as to when to apply the terms crimes against humanity or genocide, the terms’ interrelationship, and the legal and political implications that flow from naming such crimes, feed reluctance to act on the part of other states. A lack of a clear adjudication process further complicates naming, as authority diffuses to a range of institutions or actors who have variable power to name the crimes and determine appropriate actions in response. Competing political and economic considerations obfuscate states’ willingness to engage the issue, and certain organizations and bodies are given mandates with limited capacity to enforce those mandates or to submit them to external scrutiny.

Together, these factors combine to portray a weak institutionalization of remedies, a condition which Miller and Sarat have recognized serves to minimize disputing and limit the probability of success. This weak institutionalization of remedies reflects a legal culture in international institutions that is constrained with respect to enforcement. Institutions depend significantly on political will and social consensus. While normative commitments are often invoked, the action is subject to the diffusion of responsibility in the naming, blaming, and claiming stages to a range of variously coordinated and politically motivated actors and institutions. This sociological approach thus helps to clarify fundamental constraints on the international legal system in responding to mass violence. It in turn identifies bottlenecks and areas for potential reform and raises questions as to the uses and limits of law in improving prevention of and protection against mass atrocities.

Theoretical reflections of Tamil ethnic conflicts in Sri Lanka and Rohyngya group in Myanmar
Masudur Rahman, Ph.D.
Emeritus, Nord University, Norway.
OIDA International Journal of Sustainable Development, Volume 12, Issue 06, Pg. 27-30.
Abstract: Bangladesh was praised internationally for sheltering the fleeing Rohingyas. But, there was little international involvement in the repatriation process. The roles of its friendly countries, China, India, Russia, Japan, the regional economic and military powers, have been disappointing. The role of China, in particular, is crucial. Bangladesh government lacked diplomatic skills to convince the international community, including its friends, to get them involved in multilateral negotiation and, to create pressure on Myanmar. One school claims that ethnic and national identities are constituted by common objective pre-existing characteristics, such as language, race, religion etc. These characteristics are shared and constitute the basis of unity of people, and distinguish from other people with different characteristics. Another view perceives ethnicity and nationality as ideologically socially constructed and, politically manipulated by elites for control over resources and privileges. Thus language, religion, and territorial affinity acquire their importance when they are used as a basis for awareness creation and social mobilization. The Tamils in Sri Lanka are an example.
Keywords: Politically manipulated, repatriation, Rohingyas, Tamils.
Full paper – Download pdf